A mixture of relief and excitement took hold of me as one door slammed behind us and another one jerked open in front of us.  This was my first time inside an actual jail, and it was much more than I had anticipated.  All at once I felt sad for the young faces locked up behind those concrete walls, angry about the illegal aliens – “mostly Mexicans” detained for illegal reentry – who made up the largest part of the prison population, proud of our tour guide for making it clear even inmates deserve to be treated like human beings, and tormented by the fact that some of the people I care about have had to endure the hardship of spending even one night in a place like this.

At one point of our tour at this Federal Detention Center we walked among the general prison population in their living quarters.  Some guys were playing cards on long school-cafeteria-style tables; others were playing basketball and exercising behind a glass wall; a few did nothing but stand still; several guys nodded at me (I nodded back); and all of them stared at us in disbelief and confusion.  The tour guide told us federal prisons are no longer allowed to offer weight equipment that would enable inmates to build up their arms and upper body.  Instead they must do it the old fashion way: sit-ups and push-ups.  The bad thing is they are no longer exhausted and ready to sleep at lights out, creating a whole new set of challenges for prison staff.

I’d seen all the prison movies, heard all the stories from people who had been on the inside, but nothing could have prepared me for walking into that cell and experiencing it for myself.  As the solid metal door shut behind me I looked around at my surroundings and felt immediately hopeless.  The room was just a few inches larger than a standard freight elevator.  It had one tall slender window in the corner.  The glass was hazy either from old age or dirt.  The width of it was smaller than my leg.  A single bunk bed sat less than a foot away from the toilet.  And on the immediate other side was a desk the two inmates who share this room have to share with each other.  I can’t begin to fathom what it must be like to spend one day, month, or year after the other within four walls such as those.

It made me want to cry. 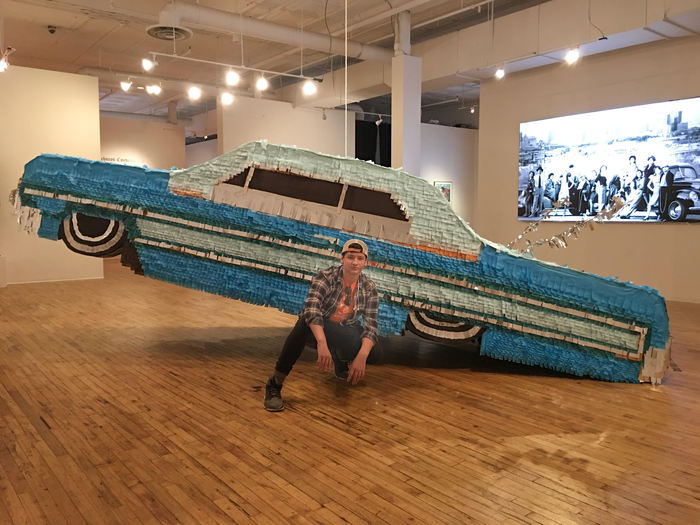 5 thoughts on “Life In Prison: My Two Hours In Jail”